Take your eyes off the fries…HBO (AT&T) might have a bigger strategic fish to fry.

The HBO Trademark in Australia was approved on January 28, which would seem to indicate that there is some merit or opportunity seen in the HBO brand operating in its own right in Australia at some point in the future.

But is this initiative strictly about content distribution or could it have something to do with AT&T’s new special adviser and managing director of process service and cost optimization Bill Morrow (former CEO of Clearwire and Australia’s National Broadband Network), taking a comprehensive review of AT&T’s assets and businesses?

Cord-cutting, cord shifting and the transition from linear to streaming TV are trends that are picking up momentum at pace and the race is well and truly on to capture market share and establish a defensible market position in the streaming arena. However the video streaming market is not just about content, it’s inextricably connected to technological capability, content creation and development talent, production capability and resources, consumer connection, shifting consumer behaviour, advertiser participation and the financial strength to stay the course to attaining and sustaining a sound competitive position.

The strategies that various video streaming giants use to underpin their video streaming game plans vary from being based on established international brand presence, subscription and exclusive content, digital, physical or logistical connection to consumers, technological competence or advantage, distribution capability, quality original content, depth of content catalogue or content specialisation eg. Niche platforms or market segmentation eg. Quibi’s content for mobile. Each has their own unique competitive benefit at scale. 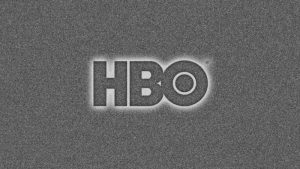 HBO’s trademark application in Australia must be part of a more significant strategic market initiative. As with the output deal done with Sky in the UK, they could hypothetically be one big deal away from bundling a service for Telstra or buying Foxtel assets or re-engineering how they license their content to use the Foxtel assets or suffocate local competitors of their content to render their product noncompetitive. But the streaming arena is currently a petrie dish of competitors cross pollinating and re-engineering on multiple fronts to find a sustainable competitive position. There are other deals to be done in the long term that could have far broader effects, for instance AT&T could license mobile content exclusively form Quibi for a time to offer AT&T’s 165 million wireless consumers. This is pioneering territory.

While HBO itself is a premium cable and SVOD service with longevity, AT&T also acquired US streaming service DIRECTV in 2015, a direct to consumer streaming service, which had over 20 million customers at the time, acquired in a deal with a total overall value of US$67.1 billion (US$48.5 billion plus the assumption of DIRECTV’s debt of US$18.6 billion).

As with most new entrants to the streaming market, DIRECTV captured new subscribers on promotion packages, which have since been expiring, coincidentally coinciding with a year of competitive launches from Apple and Disney+ and others. New entrants and offerings in the video streaming market is a trend that will not stop anytime soon, with Peacock, Hulu and DIRECTV all launching new services or packages in the coming months.

At a time when US consumers can have a very satisfactory array of content delivered to them from Disney+ with or without ads for under US$10, which they can supplement with Netflix for around US$10 and top up with special interest or niche channels for under US$5 per month, pricing is certainly a distinct competitive factor.

But marketing ethos dictates in a highly competitive market for product that serves the same need, in this case entertainment or information, pricing is a finite lever for competitive advantage, the forces of change in this dynamic market demand more strategic and creative tactics to ensure survival.

The effect of competitive forces and changing consumer behaviour is evident in 2019 with AT&T losing 4.1 million subscribers or more than five times the prior year, leaving them with a total of 19.47 million TV subscriptions. In Q4 2019 DIRECTV lost a total of 1.164 million subscribers, across DIRECTV, DIRECTV (rebranded AT&T Now late 2019), U-verse and AT&T TV. That’s a 77% increase in subscriber attrition from the same period in 2018. If there’s any silver lining, it’s that the TV subscriber attrition rate seems to be slowing, with a 14% decrease from Q3 2019.

But DIRECTV’s response to the competitive forces has been to revise packages and pricing, increase advertiser participation and accept customer attrition to focus on improved RPU. This approach appears to be working with RPU increasing from $26 to $32 per month, which is very high.

The rate of attrition is the result of consumers cord cutting and transitioning to cable, and/or trialing new streaming offerings – of which there are many in the US! Some estimates are that 2019 statistics will see a decrease of 6.5-7 million subscribers in the US for a total of approximately 84.4 million subscribers to pay TV, satellite, cable and TV, versus 91.2 million at the end of 2018 (down around three million from 2017). This is a trend that will continue with estimates of a further 10% decline in subscribers, leaving 76 million pay TV households in the US by end 2020.

This is not a happy story and financial analysts who take a dim view of this performance, as they focus on the TV subscriber attrition due to cord-cutting or competitive forces. They love to see a constant upward projection on financial performance charts, but the video-streaming marketplace is fundamentally in its infancy and longer-term strategies need time to play out. 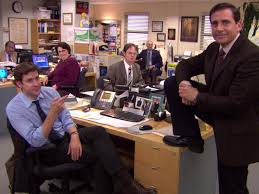 Long term strategies can have short-term pain for long term gain, and that’s evident as old content licensing arrangements are revisited to fit new strategic objectives. Like losing US$1.2 billion in foregone content licensing fees from pulling popular content like Friends, The Office and other titles from competitor Netflix.

Friends themes around the angst of early independent life seem to hold timeless appeal, with the show having been a popular choice on Netflix. It’s popularity has spurred a reunion special that will spearhead the HBO Max launch and repositioning of the series on HBO.

Recalling licensed content assets from competitors will weaken competitors offering and strengthen AT&T’s own. The introduction later this year of HBO Max is designed to do just that with exclusive content and promotion packages that exploit their 5G network, to be unveiled. I expect there will be further amalgamation among AT&T subsidiaries and operations for cost cutting, but I also expect there will be more long term synergistic motivations behind their decisions.

The US streaming marketplace is crowded and dynamic with several global media Goliaths, each trying to capture market share for different strategic reasons and each using different strategic approaches. The jostling for position is still in the early days:

Amazon has a global presence built on a global retail consumer backbone and an impressive logistical infrastructure. While Amazon creates its own original content, it currently uses it’s streaming service as a value add.

Disney has a global brand, extensive historical and growing new originals content catalogue, a diverse stable of media assets including established streamer Hulu, a physical interface with consumers through theme parks and the financial capacity to pursue aggressive growth.

Apple TV has a global digital and physical connection to consumers, high technology skills, connection to teleco’s and retailers through the resale of their devices, a strong brand and significant financial resources, which gives them the ability to bide their time in longer term strategy.

Netflix has a global established revenue stream and connection to consumers through a subscriber base over 165 million, exclusive access to quality creative and production talent producing a rapidly expanding catalogue of original content, advanced technology capability, the flexibility of a ‘one entity’ enterprise and the financial resources to sustain their growth.

AT&T has an established telecommunications infrastructure in the US and a new significant fibre network that reaches 14 million locations in the US at a time when 5G is being rolled out and is becoming a critical feature for entertainment product. They have 165 million wireless subscribers, established relationships with device (mobile handsets) supplier relationships, streaming video facilities, an exhaustive resource of media and entertainment based assets and subsidiaries and the financial resources of a global conglomerate.

So to my mind, AT&T is in a box seat to restructure how they sell their existing and new content on a global basis, using their exclusive access to their own 5G network and their media and entertainment resources. All at a time when mobile use and 5G have a heightened appeal to consumers and advertisers alike.

It’s not too hard to imagine the deals that can and will be constructed to take advantage of their assets and resources. I am curious to know what Bill Morrow has in mind locally.