What Are You Saying When You Say Nothing At All? 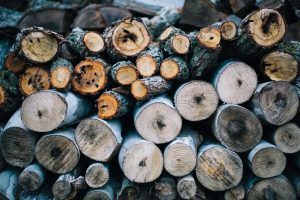 What Are You Saying When You Say Nothing At All?
Silence or stillness can be a tool or a trench when it comes to marketing communications.

Often proverbs and sayings, that capture simple wisdom and truths so efficiently and succinctly, can provide poignant insights into the action of silence or stillness. eg. “Actions speak louder than words” and “No action is an action, in and of itself'”.

Ronan Keating knows the unsaid can ‘speak volumes’ in a relationship as his song says – “you say it best when you say nothing at all” and where there’s animosity, ‘the silence can be deafening’! Just ask the company who fails to communicate in a crisis.

So, is it “better to keep your mouth shut and let others think you’re a fool, rather than open your mouth and confirm it”? I think so sometimes, especially when I hear people in positions of authority, whether anointed or self appointed, deliver opinions that are poorly informed or not informed at all. For example the lawyer trying to boost his footprint with commentary on a case he/she lacks full knowledge of.

​Are “A drunken mans words a sober mans thoughts” best left unshared in an unbridled text while under the influence? I’d say yes when alcohol removes the social and emotional filter that usually curtails inappropriate comments from brand ambassadors and anyone with ambition.

​Surely Instagram was built on the premise that ‘a picture paints a thousand words’ but as choosing and posting a picture counts as an action, an Instagram post falls in the category of an action that renders a comment without using words.

​Finally, ‘is the person who can read, but doesn’t, no better off than the person who can’t read’? I’d say absolutely when I see the grammatical and spelling mistakes that actually make it to print in product packaging, advertising and publications. If such things are no longer important, why persist in teaching English spelling and grammar at school? Is it official we all now spell purely phonetically?

Take for example a notice put on the fridge at Fairfax, shared in a post by Mumbrella  which – curiously for an office of journalists – demonstrates poor grammar in the inappropriate use of its instead of it’s and a distinct lack of punctuation with the absence of full stops where needed and spaces where they’re not needed.

​So the tip is we don’t have to be constantly filling the channels of communication available to us just because we can, and a great PR policy down through the ages remains true: “If you can’t say anything nice (or in this context accurate), don’t say anything at all.”