Upheaval Can Be Uplifting 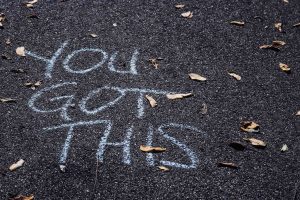 Having just completed a due diligence report on the world of streaming content, it struck me that if you’ve ever had significant, life-changing upheaval thrust upon you, you’ll have a great understanding of the forces driving our commercial and personal experience of the world today.

People and the technology they create and use, are driving change at break neck speed. They can choose to engage, participate or ignore and they can seal the fate of a business like a Roman Emperor with as little effort as a thumbs up or down.

In 2011 Time magazine’s person of the year was ‘the Protestor’, reflecting the global uprising of ‘the people’ against whatever it was they didn’t want. Now I wonder if ‘the-smart-phone-holding-consumer’ warrants similar recognition today as their choices and technology have given them unprecedented commercial power and the influence to get what they do want.

This is most notable in the content consumption zone, where viewers have the desire and the means to let their opinion be known – just ask Netflix who recently had to clarify confused Reddit users that the videos they saw between episodes, were not ads but skip-able program promos tailored to the viewer.

Generally speaking there’s a distinct dichotomy in the viewing behaviour of those under and over 40 years of age and it’s the brave new world that’s forcing change upon broadcasters, content creators and advertisers who have traditionally not had to work this hard to reach and appease their audiences.

The younger viewers are making and watching original content, largely on YouTube, which currently uploads over 400 hours per minute and streams over 180 million hours per day to connected TV’s (CTV’s) – 50% on mobile devices. They want the content they want, where, when and how they want it, and they want it at little or no cost and with maximum convenience. And they’re spoiled for choice in every regard.

Meanwhile the ageing (wealthier) demographic of the audiences fed by FTA broadcasters is reflected in their reluctance to shift to streamed content and the US statistics that confirm the bulk of advertiser dollars spent on linear TV is coming from financial services and travel.

Advertisers know where the consumer is with SVOD/AVOD in Australia forecast to rise at 10.2% CAGR to reach A$6.5 Billion by 2022  and global consumer and advertising spend on TV and video likely to grow from $490 billion in 2017 to $559 billion in 2022, with OTT services contributing 90% of this growth. Clearly the person with free will and an Internet connected smart phone is calling the shots.

My read on the market intel at this point is that advertisers with the need to create their own storytelling content, will increasingly head directly to the suppliers they need via purpose built platforms, a trend that is already very much in play in the US on platforms like www.contently.com.

If I’m correct, that’s an upheaval that will be forced upon the agencies still running traditional models, but it will be uplifting for the content creating suppliers empowered by the direct connection to the advertiser and the efficiencies technology provides.