I’m continually amazed at the dichotomy of quality in the creative and the production of content produced by the big budget productions and the far lower budget content made by the independent talent we have in Australia. 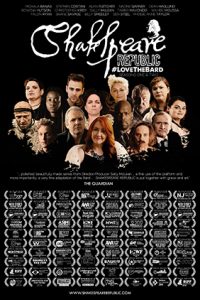 I’m excited to announce that OzFlix has secured the exclusive rights to screen and distribute Shakespeare Replublic and share here the most recent example of that in the internationally acclaimed short form series ‘Shakespeare Republic‘, written, produced and directed by Melbourne based creator/director/producer Sally McClean of Ignognita Enterprises.

This is an outstanding example of the calibre of content Australia’s untapped creative and production talent is capable of, but you have never heard of! While the local media swoon over the latest offering from Netflix, Disney or Amazon, and make staunch protests in defense of the ABC for it’s roots in Australian content, I’m left puzzled at their lack of interest in exposing this outstanding offering.

But don’t take my word for it, seasons One and Two of the series has won 25 awards, received 71 nominations and been officially selected for 82 international film and webfests around the globe!

Ranked at #14 out of 500+ web series in the world and #3 in Australia (2017 Web Series World Cup)
according to the number of official selections, nominations and awards the series has received from a
curated set of webfests around the world, Shakespeare Republic: #Love The Bard (Season Two) was the
only independent web series (no broadcaster or funding body investment) in the Top 20 web series
globally for 2017.

FYI Season three is in the wings and we’re seeking commercial partners who would like to explore how the next series can become an integral part of their marketing initiatives in 2020/21. You can read the full press kit on Season two ShakespeareRepublicSeasonTwo-PressPack and contact me for details on participation options for Season three.


The series is built on the premise of taking a selection of Shakespeare monologues and making them more accessible to modern audiences by setting each piece in a contemporary situation. It celebrates not just the world’s greatest playwright, but also his insightful understanding of the big issues of his time. Insights that still hold relevance today and form the basis for a truly diverse, inventive and epic journey into the nature of being human.

From Hamlet in a bathtub, to Juliet as one half of a same sex couple, Shakespeare Republic is a
muti-award winning web series celebrating Shakespeare, his works and his enduring legacy, via
settings and circumstances that are familiar to a 21st Century audience.

Season Two of Shakespeare Republic explores a day in the life of 13 of Shakespeare’s characters
from 12 different plays who exist in the same world, living their lives in modern society, sometimes
meeting, sometimes passing like ships in the night, all using Shakespeare’s original text. From
Katherina as a politician’s wife to Henry V as a laser strike player… this is deliberately Shakespeare
with a difference!

The irony is, while the series has taken the world by storm, Australia has had little exposure to the series, until now. You can watch Shakespeare Republic on OzFlix.tv now.