If sales is a numbers game, streaming is an Olympic sport, and Netflix is the gold medalist as demonstrated by the announcements on January 19. The share price went to an all-time high of US$493.29 on the news Netflix subscriptions grew operating profit 76% to $4.6 billion with subscriptions rising to a total 203 million, boosting the company’s value to almost US$40 billion!

This is a dynamic industry in the throws of immense competition that feeds speculation, but it helps to keep a focus on the bigger picture. The following headline is from a myopic editorial piece by Travis Bean, a contributor for Hollywood & Entertainment on January 9, 2021:

“Reelgood Report Shows That HBO Max Is Gaining On Netflix, Amazon And Hulu”

Reelgood is a great source of intel on the streaming market, but to draw a correlation between their users and the broader market and suggest “HBO Max is gaining on Netflix” was a long bow to draw.

Reelgood is a service whose 2,000,000 members can trace where movies are playing on which streaming platforms. In a recent report released by Reelgood, which is based on its members’ streaming behaviour, it seems that in the final quarter of 2020 HBO Max increased their share of SVOD streaming by 3% while Netflix lost share to the same degree. Overall it appears that between Q1 and Q4 of 2020, Netflix lost around 10% (240,000) share of Reelgood SVOD members to HBO Max, while Disney increased its stake by 1%.

Just ten days after Travis published his article, Netflix reported at the close of Q4 2020 they had 203.7 million subscribers with average revenue of $11.02 ARPU, and they expect to add another six million by Q1 2021. Of those subscribers, 83% of the net paid additions came from their international expansion. If HBO Max had increased its total market share by 10% of 200 million (20 million), Netflix might have had reason to be concerned…

The Land Grab For Streaming Supremacy

In the land grab for streaming supremacy, the more important numbers are not active US subscribers. It’s the total number of subscribers globally and the operating profit of the streaming companies who pursue them.

Could be we’re observing a repeat of the expansion and then the consolidation of the telecommunications industry as it occurred in the late 1990s. This was a time when price and package were competitive leavers in a concerted effort to secure international customers in volume, followed by a period of customer acquisition through voracious M&A activity.

In this game, ultimately operating profit will dictate the winners because it requires significant financial firepower to maintain operations, as you sustain continued growth through market penetration and the acquisition of established entrants.

Each strategy requires the associated marketing and integration costs are funded. In basic terms, if marketing is not competitive in terms of ingenuity or saturation, competitive edge and customers are lost. If integration post-acquisition is not adequately supported, staff, IP, momentum, and customer service is lost. Both are expensive losses that have ramifications that affect the balance sheet beyond subscriber numbers.


The battle for subscribers is being fought on different strategies between the big players, who offer AVOD or SVOD or both: Each will be using their particular competitive advantage to their best advantage:

Distinctions in strategy reflect a competitive advantage that might not be immediately obvious. Most notably, 82% of Netflix subscriptions are funded by someone in the household, while Apple TV gets 59% of its viewers from free subscriptions offered with the purchase of an Apple device. Both are DTC connections, but the Netflix subscription goes straight to the bottom line, while the Apple subscriptions represent either a marketing cost or a decrease in the margin on the devices sold.

The Covid lockdowns lead to a dramatic uptake of streaming services in the same year, and several more big players entered the market. According to the WSJ as at Q4 2020, the top streaming companies in the US (Netflix, Disney+ Amazon Prime, Hulu) closed out the year with 50% more US subscribers. Netflix reported 203 million subscribers; Disney + 86.8 million (Dec 10 2020); Roku ended 2020 with 51.2 million active subscribers (39% YoY growth); Apple TV+ has an estimated 35 million; Hulu 36.6 million; AT&T’s HBO and HBO Max a combined 38 million US subs, and latecomer NBC Peacock 26 million subscribers. Amazon Prime Video is free to Amazon Prime members, which estimates maybe 150-200 million globally.

Most commentaries recognised the addition of 36.6 million subscribers bringing the total to 203 million, but I found the fact they grew operating profit by 75% to $4.6 billion, and they expect to be cash-flow positive in every year beyond 2021 more compelling.

“This is in sharp contrast to Disney and many other new entrants into the streaming market who expect to lose money on streaming for the next few years,” said eMarketer analyst Eric Haggstrom.

On November 12, 2020, The impact of Covid 19 was evidenced in a 45% drop in Disney’s operating income to $8.1 billion along with an 82% FALL for the fourth quarter to just $600 million. After taxes are factored in, the company lost $700 million during the quarter. To put that into perspective, Netflix drew $4.6 billion operating profit from $25 billion operating income, which in effect is three times the annual operating revenue, with a profit that is almost half Disney’s total annual revenue. Little wonder Disney announced the dividend was shelved, and price increases are looming for all Disney+ subscription categories.

On December 2, 2020, Disney announced they had reached 86.8 million paid subscribers worldwide (up 13.1% since Oct 3), a year after launch and three years ahead of the 90 million subs originally forecast for year four. If we add Hulu and ESPN+, Disney+ has a total of 137 million DTC subscriptions globally. Still their current projections of 230-260 million subs by end of 2024, still place Disney+ a distant second to Netflix.

Is The Reelgood Report Indicative Of The Broader Marketplace?

Reelgood members are heavy users of streaming. Their behaviour is likely explained by WarnerMedia’s decision to release its entire 2021 theatrical slate on the streaming service HBO Max, beginning with Wonder Woman 1984 which released on Christmas Day. The film enjoyed the strongest opening weekend performance on any SVOD platform amongst Reelgood users for the entire fourth quarter of 2020.

The slate of new release movies further entices Reelgood HBO Max SVOD customers for the other releases HBO Max has planned throughout 2021 including Dune, Tom and Jerry, Godzilla vs. Kong, Space Jam: A New Legacy, The Matrix 4 and The Suicide Squad.

As The Market Becomes More Saturated, Where Will Streamers Capture Growth?

The less obvious growth sector for streaming customers will come from more people gaining access to a reliable connection to the Internet globally.

In my earlier post ‘Number Crunching Content And Streaming Platforms in June 2019, I discussed how the number of Internet users was around 4.5 billion, with approximately 1.5 billion having the ability to stream video reliably. That number was expected to grow by two billion in the next few years.

Although the developed world has good market penetration with the Internet, the graphic by Visual Capitalist identifies the developing countries that offer the greatest scope for new streaming subscribers. However, it’s important to recognise that these countries’ economies will support a much lower subscription rate and therefore, comparatively less revenue (ARPU). 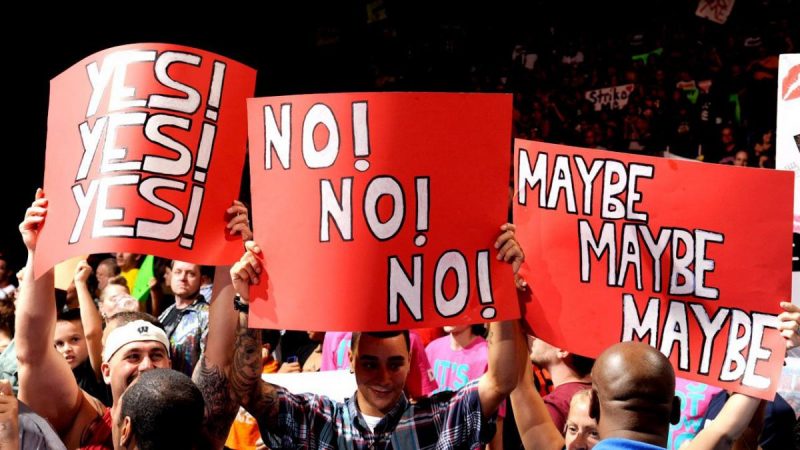 Many of these niche channel streamers have millions of subscribers internationally and as such attract advertising commensurate with their audience profile and numbers. Their subscribers and advertiser revenue represent potential tasty takeover targets for the larger streaming conglomerates. A recent example of NBC Univeral’s Peacock who bought the long-term online rights to the WWE Network and its wrestling shows.

WWE was a pioneer in streaming video, launching in 2014 and persuading two million fans to pay $9.99 a month. Historically WWE programming has been on NBC Universal’s cable network, but going forward Peacock will offer WWE’s pay-per-view events such as WrestleMania and Summer Slam as well as shows, documentaries and archive footage.

But the deal makes great financial sense. WWE was charging 1.2 million US subscribers $9.99 per month, that’s $144 million annual revenue, but according to the Wall Street Journal, NBC is paying $200 million annually over five years to include the wrestling channel on Peacock – just in the US market.

The WWE online service will be shut down in the US, leaving WWE free to continue to collect subscriptions from approximately 400,000 international subscribers. NBC will also pick up the tab on the associated costs to retain customers in the US, further enhancing WWE’s balance sheet.

Niche channels that specialise in ‘country of origin’ content will be particularly appealing for takeover, as an efficient mechanism to bolster local content in each region, while providing ex-pats in foreign countries another reason to subscribe to a streaming service.

Netflix began to focus on producing content in and by local producers in different countries and languages a couple of years ago. Their catalogue now includes content for example in Spanish, German, Korean, Hindi, Icelandic, French and Japanese. As the local content catalogue expands in each region, it provides another unrivalled advantage that will survive for years to come.

Two years ago, people were shocked that Netflix would dare to borrow and spend $12 billion to produce content. There’s no denying Covid has definitely improved their bottom line, but they’re now planning to spend $US19 billion this year on content.

Borrowing against future earnings is nothing new, but you’re ahead of the curve if you don’t have to. Debt is not a threat to Netflix like it is for Disney, Warner (owned by AT&T), CBS, NBC (owned by Comcast). It’s only Apple and Amazon that have the financial muscle to take on Netflix and while both are in the business, unlike Netflix, streaming is not their core business model.

Disney’s balance sheet reflects a much more diversified business, which can be a strategic asset in marketing to the family market sector. But a year in the time of Covid has driven a loss of studio and box office takings as movie releases were shelved, and losses over $3 billion revenue over just two quarters as theme parks were shuttered. Disney’s diversification made the company’s balance sheet more vulnerable to Covid 19.

What makes life so much easier for Netflix is that they are an established pure streaming company – half an entertainment business and half a technology company. This singular focus and headstart in streaming led by visionaries who were not afraid to break the rules, has delivered a superior position that will be difficult to assail, in terms of customers, content, or technology.

Disney may be the happiest place on earth, but Netflix has more visitors.

If you would like to find the strategic opportunity in streaming for you, contact Wanted Consulting – Reward Offered.