Has Facebook Inadvertently Let The Mind Control Genie Out Of The Bottle?

I mean, what has it really done…? Facebook might have reversed its decision to drop Australian news from its platform, but in igniting a debate about their initial decision, have they inadvertently let the mind control cat out of the bag?

The commentary and debate around Facebook’s decision to delete Australian news feeds from their platform had some commentators seemingly surprised by the social giants signature belligerence. Some have debated the efficacy of news distribution with and without Facebook, while others appear to take umbrage or enjoy that the giant has been challenged.

My initial observations were the marketing community’s entrenched use of the platform (the subject of my next blog). It seems Facebook has managed to foster a type of marketing media bias to be on its platforms as the essential element of any marketing strategy.

Don’t get me wrong. I’m not anti-Facebook, Instagram, or social media marketing generally, but there are other media and methods.

Is this predilection a legacy industrial era paradigm at work, feeling comfortable with the structured process of running a campaign on Facebook/Insta, using the science of Likes, clicks and other data? Or is it purposely contrived all along in the building of the business?

Such questions find answers in consideration of a much bigger picture. The correlations I draw herewith will be well established for many anthropologist observers, but they warrant exploring here, at this time.

World domination notions may have been trotting along just fine, but Facebook may have inadvertently opened a hornet’s nest of unaired resistance to their platform and ‘awakened a sleeping tiger’ of societal concerns.

Let’s take a longer historical view of Facebook’s presence. From its original introduction as a platform connecting people to a global behemoth with outstanding reach and resources in terms of financial resources and technological capability.

Donald Trump’s team understands that Facebook is undoubtedly a highly effective tool to capture and affect public opinion. Their efforts give rise to a quote from the late US President Dwight Eisenhower:

“What if public policy could become captive of the scientific technological elite?” Dwight Eisenhower

Mind Control As A Tool

The concept of control over an individual, group or society on a global level using psychology or mind control is not new. It’s been used to indoctrinate religion, as a tactical weapon in warfare, for commercial influence, and by sociopaths and psychopaths for centuries.

“The human mind is the most delicate of instrument, proving a malleable tool in the hands of sinister men.

Gentlemen, we are in the battle for men’s minds.” Allen Dulles 1953

The above quote is from the speech published in April 1953 by Allen Dulles, shortly after his appointment as head of the CIA (the rest of the speech is transcribed below). In the address, he seeks to justify the new program he has authorised with conducts vast and extreme experiments in the pursuit of knowledge around mind control.

“Gentlemen, we are in the battle for men’s minds, brain-changing thoughts implanted in their minds, which the victim, parrot-like repeats… The perversion of minds of selected individuals deprived of the ability to state their own thoughts.

New techniques wash the brain clean of thoughts and mental processes of the past. Presumably, the are schools in which interrogators are trained in the techniques of brain-washing…the attempt at mass indoctrination of hundreds of millions of people…so that they respond docilely to the orders of their master.” Allen Dulles, April 13, 1953

Mind control is a proven, effective way of controlling behaviour, and at the height of the Cold War, Dulles’ goal was to weaponise science and psychology. He called it ‘brain warfare’ – the battle for the men’s [sic and women’s] minds.

The experiments were informed by psychiatry, sociology and anthropology. They were assisted and enabled by technology. If you’re familiar with The Bourne Identity films, you’ll have the gist.

Of prime interest was ‘automated psychology’. It involved distorting perception, learning in the sense of conditioned behaviour, bonding and the influence of imprinting on behaviour.

Of particular interest in the context of the consumer’s commitment to their screen in the digital age are the results of sensory deprivation. Participants in the experiment were deprived of all sensory stimulation for as long as they could take it (usually around 24 hours).

Although this experiment conducted in the 1950s was extreme, they found sensory deprivation was the simplest path to psychological coercion that could change one’s beliefs and values. Deprived of changes in sensory stimulation, the brain became more malleable and susceptible to manipulation. It could be easily moulded or even shattered. The subjects became more vulnerable to feelings of guilt, overt threats and social pressure etc.

The documentary The Minds Of Men offers more information and insights on the thinking and actions taken at the time.

Mind Control In The Connection Economy 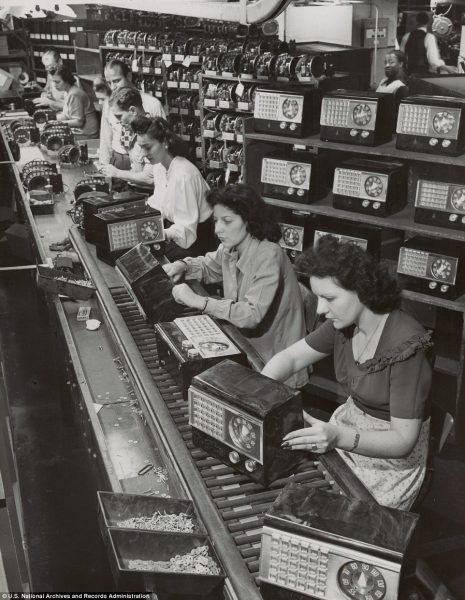 Suppose society is still under the influence of the industrial era paradigm of conforming and following a process, a mindset that does not promote creative thinking, risk-taking and an empowered individual. In that case, we can recognise the inherent appeal for marketers in the process of implementing a data-driven social media campaign.

If society is increasingly geared toward time dedicated by the individual watching their social feeds solo, we can observe that this behaviour is akin to isolation and deprived of external stimulation. The more time an individual spends in this environment, the more susceptible and exposed they are to manipulative messages.

Technology provides an unprecedented opportunity for the technological elite i.e. those who really know how to use the technology AND pair an agenda to it, have a heavily weighted advantage on all fronts over those who don’t.

‘The Devil’s greatest trick is in convincing he doesn’t exist.’

The further and deeper a social media platform entrenches itself in civilisation, the greater the influence and opportunity it has to act on that advantage, for itself, the highest bidder or the greatest cause.

However, in the connection economy, the power has been inverted and given to the people. People are empowered and motivated to act independently to take action by being selective in whom they align with and where they spend their money. Transparency, authenticity and demonstrated shared values are increasingly paramount in the mind of consumers.

If you’re an entrepreneur, brand steward or C-Suite executive, it’s time to realise that marketers are replacing the government and broadcasters as the authors of influence.

So when you create your next campaign, evaluate if you’re not just using the right medium, but whether you’re empowering it with the values you and your customers want to contribute to the connected world.

If you would like to know more about aligning your campaign with the medium and value attributes that resonate with your customers, contact Wanted Consulting – Reward Offered

George Orwell gave us the notion of an omnipresent, all-seeing Big Brother in 1984, and Space Odyssey raised our awareness of the potential of an AI-empowered computer to pursue its interests. There are examples below of mind control being used to form a dominant interpretation of Islamic faith, to power the industrial age, and the service of war (WWI & II, Cold War). But progress comes much faster now than in those times.

A History Of Science And Art Of Mind Control

Marketing and advertising are relatively new as recognised professions. Not so long ago, they weren’t even individually identified as areas of study. They were part of a business degree at best. But a brief history of mind control quickly demonstrates that mind control as a way to influence and control the masses has been in use and explored for many centuries. It’s just the operational logistics have changed with the introduction of the Internet, so it’s far quicker to change public opinion.

Examples of mind control through the ages:

Indoctrination of Religious Philosophy: The Golden Age defines the historical era between the eight and 16th centuries when Arabic science was the most advanced in the world. During that time, a dichotomy of philosophy arose, which was challenged over several hundred years. Ultimately one view of the world dominated indoctrination ie. That God’s will dominates reason, and this became the accepted belief and understanding of the Koran.

You can read more about it here, but essentially this was the turning point where the minds of a particular civilisation were turned away from the scientific endeavour. Mind control circa 800-1600.

Indoctrination Of A Societal Economic Model: The industrialised economy that we’ve functioned in since the 18th century is process-driven. Its autocratic nature rewards convention and manufacturing repetition because its economies are found in scale and volume.

It’s indoctrination and value system was passed through generations, reinforced in education and rewarded by commercial entities. It was a model geared to create and keep control of compliant, disempowered followers (interesting choice of word). It was not geared to change or empowerment of the individual.

This paradigm’s legacy is still present in the minds of the boomers and the generation they fostered, many of them in management positions today.

If you would like to explore how sociology plays a role in your marketing, contact Wanted Consulting – Reward Offered