FTA Broadcasters ‘Get With The Program’ As Streaming Tilts Their Traditions

Traditional FTA broadcasters in the US are finally losing the linear perspective that has dictated their business models for decades, in favour of embracing and exploring the freedoms afforded by a digital world, viewing the medium as more accomplice than competitor.

In recognising it’s consumers, not them who drive the decision on what will be watched, where, when and how, in the US FTA networks are seriously stepping up their game across the board, reinventing their content, breaking from linear scheduling, creating new forms of advertising inventory and responding to changing audience behaviour. Their business models are now firmly geared toward consumers of entertainment.

A Bit Slow On The Uptake – It’s a welcome but comparatively late start because the FTA networks were in the box seat to prepare for and capitalise on the streaming media train that was hurtling toward them for the last decade. They had audiences in the millions, several devices (TV’s) in every home (that people knew how to use), relationships with producers, studios, advertisers and distributors, production and broadcast facilities, international presence and established content licensing arrangements, not to mention enormous financial and multi media resources.

In 2011 I drafted an overview of FTA Broadcaster Assets & Opportunities 2011 inherent in one particular FTA network for a C-suite executive, to demonstrate how the network could be positioned to become the hub of content creation for advertisers. At the time acting on such a vision was unimaginable as it was incomprehensible to him that their world could and would change so dramatically.

Like so many of his contemporaries, for reasons that escaped (and frustrated) many observers, most networks failed to fully capitalise on those advantages, reluctant to take decisive action that would tamper with their dyed in the wool modus-operandi. In an act of deviance – or ignorance, they maintained their traditional ad spots, rigid programming schedules and content formats, as if they were impervious to the changes happening all around them.

In Australia, perhaps counter intuitively, the ABC and SBS were the unexpected exception to this trend, their digital initiatives and updated content prescription, demonstrating how the digital medium can be the ideal adjunct to FTA in the effort to attract and maintain audience participation and loyalty.

As the ‘stream train‘ raged forward around the world, breaking all media business models, including advertising, content development, production, license and distribution, broadcast networks made a pretense at participating in the digital arena by splintering their audiences across genre specific digital channels, that were predominantly filled with rerun and low budget content. They were slow to empower audience solicitation with the interactive opportunities digital and social platforms offered, advertisers were given more of the same and formulaic content saw audiences drift to OTT and CTV.

The Sleeping Giants Awaken – Perhaps it’s the passage of time or the changing of the guard or more likely the experience networks have undergone in the process of introducing more genuine attempts at streaming channels, such as NBCUniversal’s Peacock launching soon, but the young lions have gradually been allowed to harness the capability of the Internet and socials to unbridle network schedules and formats, and expand and interact with audiences.

As a result networks have introduced more flexibility in their advertising alternatives and finally they’ve recognised that the 60 minutes that make up one hour, are not frozen in a vacuum that’s impervious to manipulation to accommodate new forms of content and advertising. 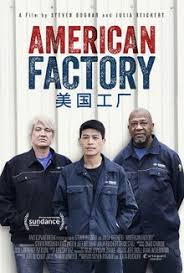 It’s not gone unnoticed that the Emmy’s, Golden Globes and Academy Awards are predominantly nominated and handed to streamed shows such as HBO’s Succession (Golden Globe), Amazon’s Fleabag (Emmy) and The American Factory and Marriage Story (Oscars) on Netflix.  Observing the results of the creative freedom afforded shows on streaming channels, has given network show writers more latitude too.

Network show producers are recognising the psychology driving audiences to watch more serialised shows supplied on streaming channels such as Netflix, Hulu and others, and they’re responding to the trend, writing story lines with in depth characters and story arcs designed to keep the viewer engaged and vested in the outcome of plot lines, encouraging show loyalty and binge watching.

Show budgets are necessarily increasing to accommodate bigger stunts and producers are using new shooting methods to create a more cinematic look to differentiate from other broadcast shows and assimilate to streamed shows. 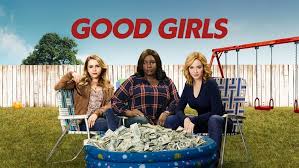 Networks are premiering two and three episodes of a new show, then screening on their digital channels or pairing with streamers to run the episodes to expand audience reach and for catch up viewing. Like ABC’s Grey’s Anatomy having 15 seasons on Netflix and NBC drama Good Girls directing viewers to Netflix to watch seasons one and two before launch of series three. The networks have worked out how to collaborate with the digital medium.

Time is precious for younger prolific content consuming audiences who can  join the dots without seeing every detail. They demand shorter form content good for consuming on mobile while in transit (it’s the premise behind mobile short form platform Quibi). 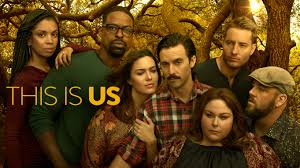 Shorter form series orders also helps attract A-list talent, providing opportunity to participate in other productions. Networks are revisiting the number of episodes per series and even at times the episode length – the premieres last year of This Is Us and Murphy Brown on CBS, each ran for an hour and eight minutes and an hour and five minutes respectively. Traditionally the number of episodes and their duration were set to fit a comfortable, inflexible framework designed for a linear schedule and the ratings seasons, providing efficiencies that were entirely applicable in less competitive times.

Savvy Advertisers See Benefits Of Broadcast Networks – The ‘broad-cast’ nature of FTA TV was initially it’s downside as the easy targeting of digital was trumpeted, but ironically as time has passed and the digital landscape becomes increasingly flooded, all manner of content is now literally submerged in torrents of the new, meaning FTA TV has become comparatively ‘narrow-cast’!  As a readily available free medium with multiple devices in every commercially significant household around the world, shrewd networks and advertisers are re-championing the medium to attract and court viewers to new shows via online and offline promotion. There’s way less clutter to sort through in a FTA TV program schedule.

Broadcast networks might not be able to indulge the same level of risque content as streamers, but that’s not necessarily a bad thing, it could be a competitive advantage or distinction. The closed environment inherent in network advertising is comforting to advertisers vulnerable to digital programmatic advertising such as YouTube. Also young or old, high end violence, gratuitous nudity and profanity is not to everyone’s taste, so turning to a network you know is ‘pulling up’ on lets say ‘socially sensitive’ content might hold great appeal for some viewers and advertisers (See Disney+…).

The Network Tortoise Vs The Digital Hare – In some respects the horse may have bolted for FTA TV, but they’ve lost little of their competitive advantage in many respects and there’s still a lot of compelling reasons for audiences to go back to the medium if the networks can get the formula right:

Seven Networks financial results support there’s no doubt FTA networks are bleeding audiences because before now they’ve given them nothing but incentive to move to OTT and CTV. I believe they’ve largely ignored changing audience behaviour and failed to invest in technology and content for their own future.

Ironically as the online world of content continues to drown audiences with content, if networks can harness their broad-cast narrow programming nature as a benefit and adjust/adapt to the new world order of content consumption and media use, they have a significant life line to draw upon.

So I’m not sure I’d call FTA networks “legacy networks” just yet because the initiatives being taken by the US networks demonstrate taking proactive decisive measures can make them competitive. They’re more likely sleeping giants and if they continue to be roused to their best potential through creativity, commercial acumen and flexibility, they will assert more than a ripple effect in the world of content consumption. Time will tell if it’s a tortoise and the hare story…

If you would like to understand more about the dynamics effecting the landscape of content made for consumers, call Wanted Consulting – Reward Offered.